Verbification in Japanese: Katakana + RU = New Verb! (use with caution...) 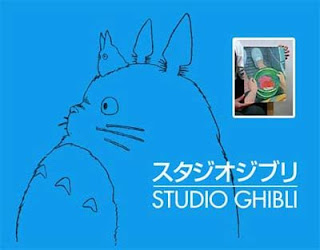 I've been collecting a certain kind of neologism form lately that is getting too large to hold in my brain, so I figured I'd post it before it's gone completely (turning 40 in a few weeks...).

The following list consists of words that are made up of katakana with a hiragana る appended to make a new word, usually with a slang or sarcastic connotation. For example, take a katakana noun コピ, add る and voila: コピる = to copy!

According to my friend, some of these are used by teenagers and haven't entered standard lexicon, so I'm just using these when absolutely necessary (e.g., to be a dork).

1. From Katakana nouns or foreign languages

コピる = to copy
ググる = to Google
ブログる = to blog
ネグる = to neglect
メモる = to take notes
タクる = to take a taxi
ダブる = to overlap, to coincide (fall on the same day); to have two of something; to appear doubled; to repeat a school year after failing
サボる = (from "sabotage") to play hooky; to skip school; to be idle; to sabotage by slowness
アジる = (from "agitate") to stir up; to instigate; to foment
オケる = (from "karaoke") to go to a karaoke bar
トラブる = (from "trouble") to make trouble
スタンバる (from "standby") to be on standby; to be kept waiting
ナビる = (from "navigate") to navigate, use GPS
バグる (from "bug") to have a computer bug
ミスる (from "miss") to make a mistake; to mess up; to err
ハモる (from "harmony") = to harmonize; to harmonise; to be in harmony
パニクる; パニックる (from "panic") = to panic
バトル (from "battle") = to battle
ポニョる (from "Ponyo" cartoon character) = to get flabby, to get a gut/belly
(I've been getting called Ponyo a lot lately...)

ポシャる = to fizzle, peter out, break down, fail, flop

てくる = to trudge (from てくてく (adv) trudgingly; going long way at steady pace)
Posted by Michael Panzera at 5:18 AM